As a result of the successful RWC campaign, that saw the All Blacks secure the William Webb Ellis Trophy. NZRU engaged Funworks to share the trophy with the fans – all 4 million that was ‘stadium New Zealand’. Funworks was tasked with creating the ‘Great Rugby Road Show’; a 41 town/city stop to showcase not only the Webb Ellis trophy, but the many rugby offerings under the NZRU umbrella, from Small Blacks and junior rugby, to the pinnacle that is the All Blacks. It was an opportunity for fans to get up close with not only the Webb Ellis trophy, but all international trophies that were held by New Zealand rugby at the time. The tour coincided with the start of club rugby registrations, to leverage off the RWC success and channel the excitement and motivation generated, to convert this into more rugby registrations at a grass roots club rugby level. Funworks created a unique bespoke display system, showcasing each trophy in special viewing areas, which included all relevant information about the trophy and winning team. This was all housed under a massive purpose built and branded inflatable dome tent. We also created a separate stage system where fans could have their photos professionally taken with all trophies the All Blacks held and then be made up in a commemorative album which could be purchased and produced at each event. Fuwnorks developed the original conceptual design, presentation renderings, to finished working drawings through to final set production. We also provided logistics, management and crew. We worked closely with the provincial rugby unions on the ground at each venue, who assisted with additional crew and support for each activation. Overall it was a very successful tour, with 41x activations in total, from Keri Keri to Invercargill, covering 8000km and over 60 days on tour, reaching over 100,000 Kiwi rugby fans and increasing the number of people participating in club rugby in New Zealand. 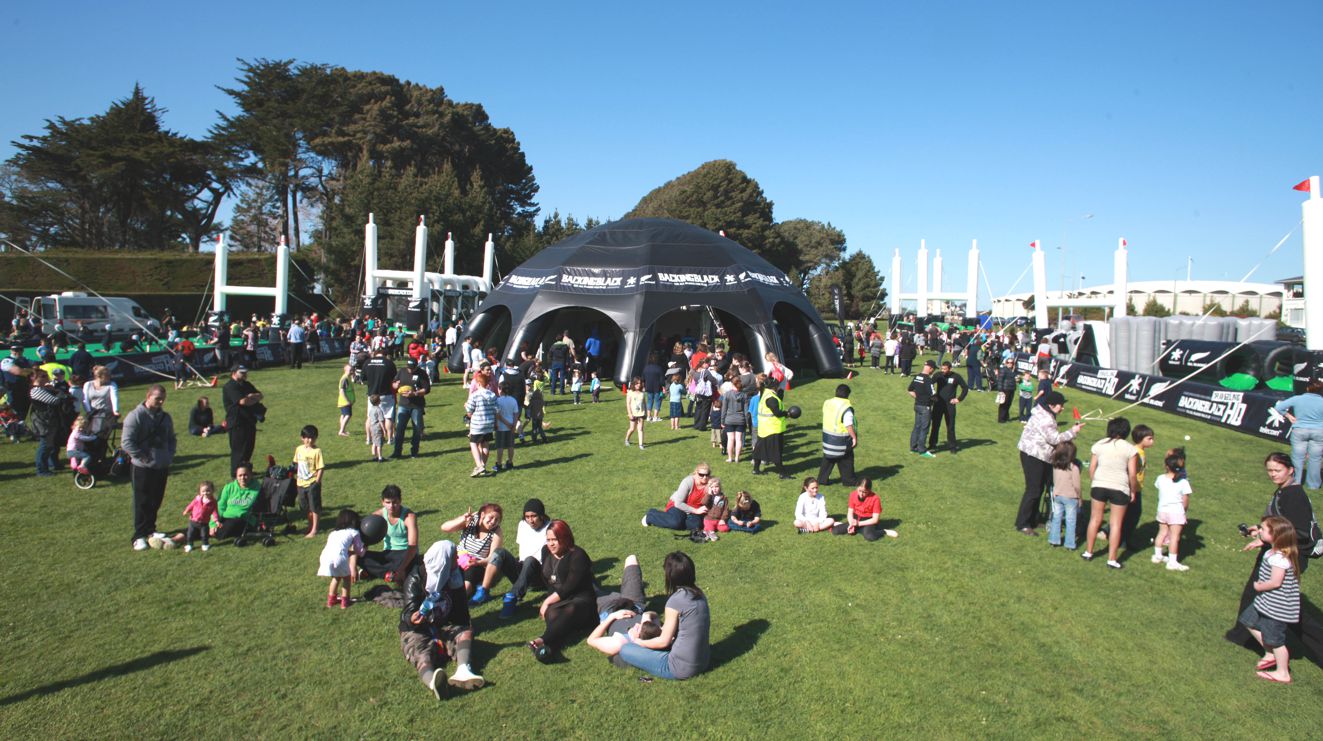