Leading up to the Rugby World Cup, BackingBlack (the All Blacks official Fan Club channel, created by the then Telecom) were looking for an innovative way to bring their Fan Club closer to fans and connect on a personal level – on a nationwide stage. Funworks was engaged on behalf of Telecom, by New Zealand Sponsorship Agency, to create a nationwide roadshow for ‘BackingBlack’, utilising the Rugby ‘GameZone’ package. Funworks assembled the tour, which included sixteen towns and cities, from Kaitaia to Invercargill over twenty-one days of solid activation. We coordinated the activation, from selecting the locations and event venues, to liaising with local councils in regards to approvals, compliance and health and safety, through to ancillary services, such as power reticulation, traffic and crowd management, waste management, amenities, food vendors, St Johns, to the operational crew, security, logistics and overall event management. It was an incredibly successful tour, having completed twenty-one of the twenty-one scheduled events. An estimate of attendance was between seventy-five to eighty-five thousand over the twenty-one activations. The largest of these events was the Wellington activation, coordinated in conjunction with the New Zealand Rugby Union who made the entire 2011′ All Blacks’ squad available for the event. This was a phenomenal success, with an estimated thirteen thousand fans in attendance. 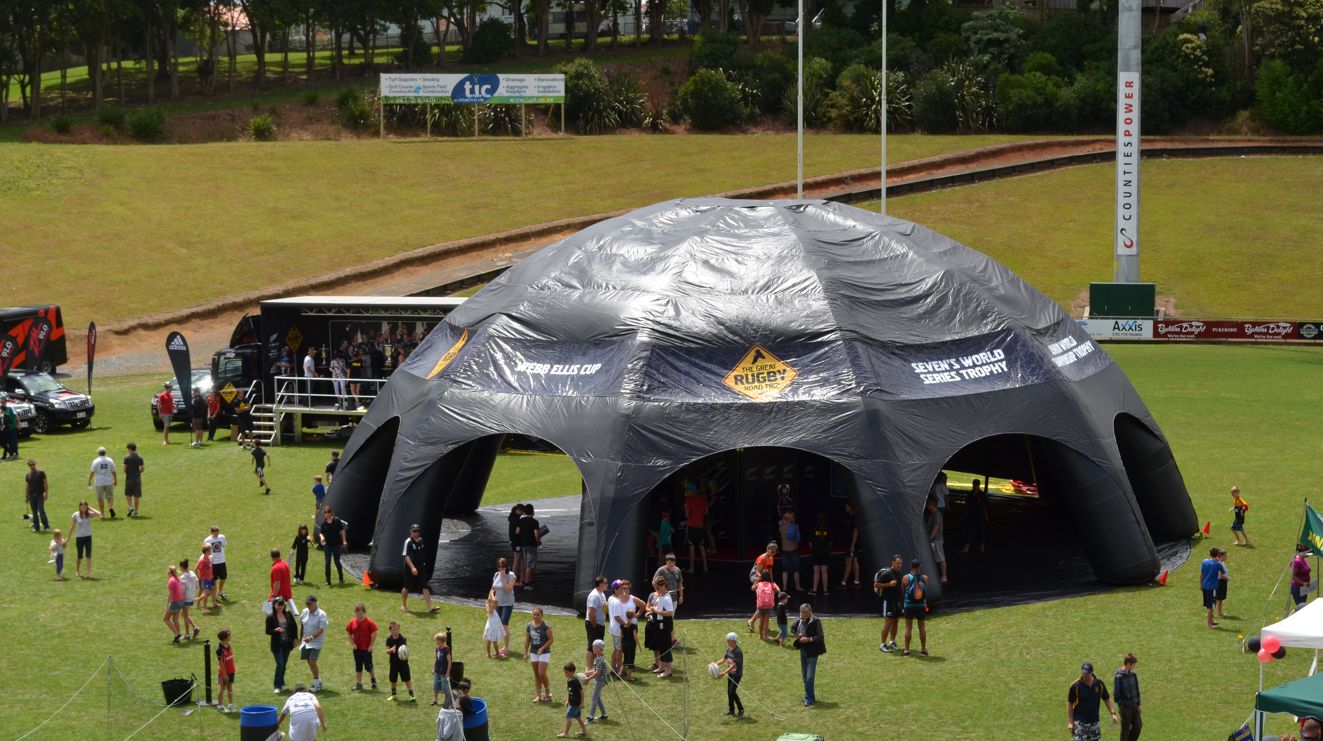